FREE US shipping over $49.00 Use code Merry for 50% off body essentials. Happy Holidays and Thank you for an awesome year! What’s the difference between cold-pressed Jamaican Cold-Pressed and Jamaican black castor oil?  Mostly it’s the color and composition, which are determined by how the beans are processed.

HOW IS CASTOR OIL MADE?

Cold-pressed castor oil is extracted from castor seeds under great pressure. This means it is a lighter, cleaner and thinner form of oil because it doesn’t undergo the roasting process.

However, the Black castor oil is roasted, mashed and boiled in a large pot to traditional Caribbean methods. It is thicker as well as its darker brown color and slightly burnt scent.

Jamaican black castor oil has greater purifying components due to its increased pH level, which ensues from the roasting of castor seeds. It leads to more clarifying properties. As a result, this type of castor oil can be particularly useful for reducing acne and cleansing the scalp. It is also believed to help open your hair cuticles and for this reason, it is great for mixing with other hair treatments.

All castor oil is deeply nourishing and hydrating. But if you’re wondering which castor oil is best for use on replenishing a thick and healthy head of hair, many in the natural hair community prefer to use Jamaican Black castor oil. However, cold-pressed castor oil can also be used in general hair care to grow, soften and strengthen hair fibers and grow eyelashes.

Likewise, Jamaican Black castor oil can be used as an intensive moisturizer on sensitive areas such as the face and dry, chapped skin. The truth is the methods used to process the beans is the big difference and the nutritional factors are not negatively affected.

People choose based on what they are used to or the smell of black castor oil or what is available more at their local stores which is cold-pressed because it is easier to mass-produce. The black castor oil is more time and labor-intensive. I know that for a fact because Kai’s Blends Castor oil is made by my best friend's mom in Jamaica manually (the old -school way). How ginger can help with hair growth and dandruff?

Ginger is a great remedy for thinning hair. And that’s because it stimulates scalp circulation and boosts hair growth. Plus, it helps to prevent shrinking of hair follicles. Let’s get to know more about ginger…

Let customers speak for us

I suffered from thinning hair due to hormonal changes and aging (perimenopausal). I am 52yrs old and had always had a
good density of hair. Folliguard strengthened my strands and prevented breakage.
The pictures were taken 8months apart
I was in protective styles (crotchets and 2strand twist) for 8months using the Folliguard
3-4x a week faithfully. I will be a committed user for life. 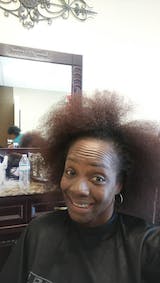 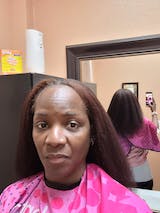 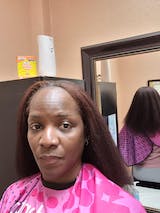 My favorite. Smells so good and makes my skin soooooo soft.

I love it. It makes my hair soft but there is no growth, which is okay.

This was made for me because it really helps me a lot. I use this everyday and will continue to do so because it really does something to my hair. LOVE LOVE IT.. When I had flare ups it burns and hurt but I have notice since I am using this along with my hella bam my flare up has subside.

I have always seen this comb on various websites and steups past them. After noticing that Kaiblends added it to their website, I decided to try it. This comb is very strong and easy on my hair.